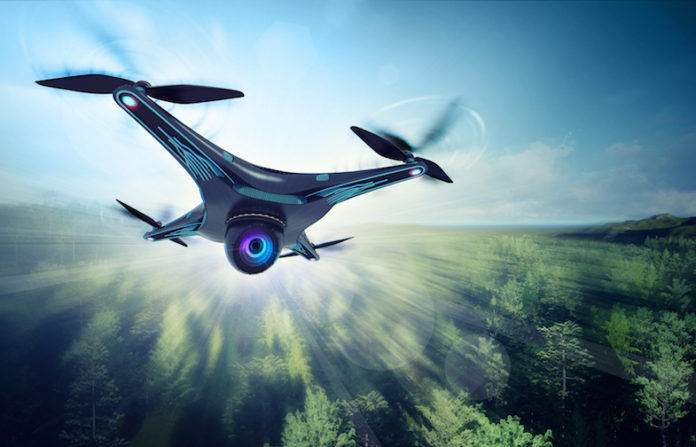 We’ve all heard about camera-equipped drones being used to take photos of weddings, capture aerial footage for real estate ads, and even sneak peeks of Game of Thrones film sets in an effort to drum up some spoilers.

But aerial video and photography aren’t the only things that drones are capable of. Today’s drones are going on search and rescue missions, surveying areas struck by natural disasters, and even dropping vaccine-laced pellets in an effort to save the endangered black-footed ferrets in Montana.

Ever since they’ve gone commercial, drones have been used for a variety of fascinating tasks – something that’s only going to continue into the future as these devices become more sophisticated, and their job descriptions get a whole lot cooler.

From fulfillment and delivery drones becoming an everyday reality, to drones being used to assist with exploration and disaster recovery, and even helping to make mundane meetings a lot more interactive, the drones of the future will be sophisticated, smart, and fast – making life simpler, better, and let’s admit it – more exciting too.

The sky’s the limit when it comes to future of drones. Here’s a look at eight big ideas that these devices could be used for soon.

Delivery and Fulfillment
Thanks in large part to Amazon’s efforts, one of the most commercially popular uses of drones has to be customer delivery and fulfillment – bringing packages and parcels to consumers – quickly and easily. But drone delivery isn’t likely to be limited to just books and gadgets; it could also be used for groceries, prescription medication, and even your morning coffee. In the future, autonomous car roofs could serve as portals through which you could have your java and bagel delivered directly to your vehicle while you’re being driven down the road on your daily commute. As long as they can figure out a way to do it without spilling the coffee in your lap, that is!

Projector Drones
Hosting events is about to get a whole lot easier – and more interactive too, thanks to projector drones with projection touch technology. Someday, companies may be able to hire drones as projectors; complete with insta-polling, interactive games, and cool visual effects. Projector drones could also be used to make meetings more effective as well – in fact, Google has recently been granted a patent for an unmanned aerial vehicle known as, “mobile telepresence system” – a device that facilitates interactive video and audio between users in different locations. Disney is also toying with the idea of using flying “projector drones” at its parks that will beam images onto attached screens for dazzling night-time displays.

Vertical Landing Drones (AKA Spiderman Drones)
Vertical landing drones may soon be coming to a building near you. Thanks to a specially designed microspine, drone quadcopters have the ability to land, perch, and walk up walls – pretty much everything Spiderman can do – except fight bad guys, of course. Still, time and money spent on washing office windows could be cut in half with these spider-drones.

Follow the Leader Drones
New on campus and need help getting to class? Or, looking for help navigating the theme park? Follow the leader drones will make it easy to find your way. In the future, businesses or trade shows could use drones as virtual tour guides to lead people around – guests could even ping one, using their cell phone’s GPS. Easier than asking for directions!

Exploration, Aid Efforts, and Disaster Recovery
Drones can easily go places that humans have a hard time gaining access too. This means that they could become the official standard for search and rescue, or deliver supplies to disaster zones. They could also assist with search missions from the air, on land, or at sea. In fact, underwater drones have been used recently to hunt for debris from the missing Malaysia Airlines Flight 370, by scouring remote regions of the Indian Ocean.

Painting Drones (AKA Picasso Drones)
In the future, San Francisco’s Golden Gate Bridge could be painted in a single day using drones that can blast hard-to-reach areas with paint. These drones could also be used to easily tackle graffiti, helping to clean up the streets and make neighborhoods nicer. Homes in the future could easily change color to match the occasion. Who wouldn’t want a yellow house for Easter?

Wi-Fi Drones
Drones that broadcast Wi-Fi for events such as concerts or football games, may very well be a real thing in the near future. There’s also talk of drones being used to bring the internet to remote locations. Facebook is reportedly looking into using Wi-Fi-equipped low-flying drones to bring the net, and presumably Facebook, to everyone in the world.

On-Demand Energy Drones
A drone’s nemesis is its battery, and if drones had emotions their number one cause of stress would be not having enough energy to stay in the air. The industry is working hard to solve the energy problem and is making great steps to achieve an everlasting drone. As solar panel costs and sizes drop every year, and efficiencies increase, one day drones will be producing more energy than they consume. Through the advent of wireless electricity technology, drones will be transmitting energy to remote villages or could even be called upon when you’re in a pinch walking down 5th Avenue or out hiking in the great outdoors, hunting for Pokemon.

According to U.S. aviation officials, there could be 7 million small drones in the sky by 2020. And the FAA predicts that the drone market will create an $82 billion economic impact in the US by 2025. As industries scramble to take advantage of the benefits that drones offer, it’s only expected that the gaps in the market will soon be filled – and many of these crazy and cool predictions will become a reality.

What would you like to see drones used for?

Derek Waleko is CEO of Up Sonder, the first on-demand drone and service booking platform powered by UberRUSH, specifically designed for drone pilots and drone owners to earn extra money.