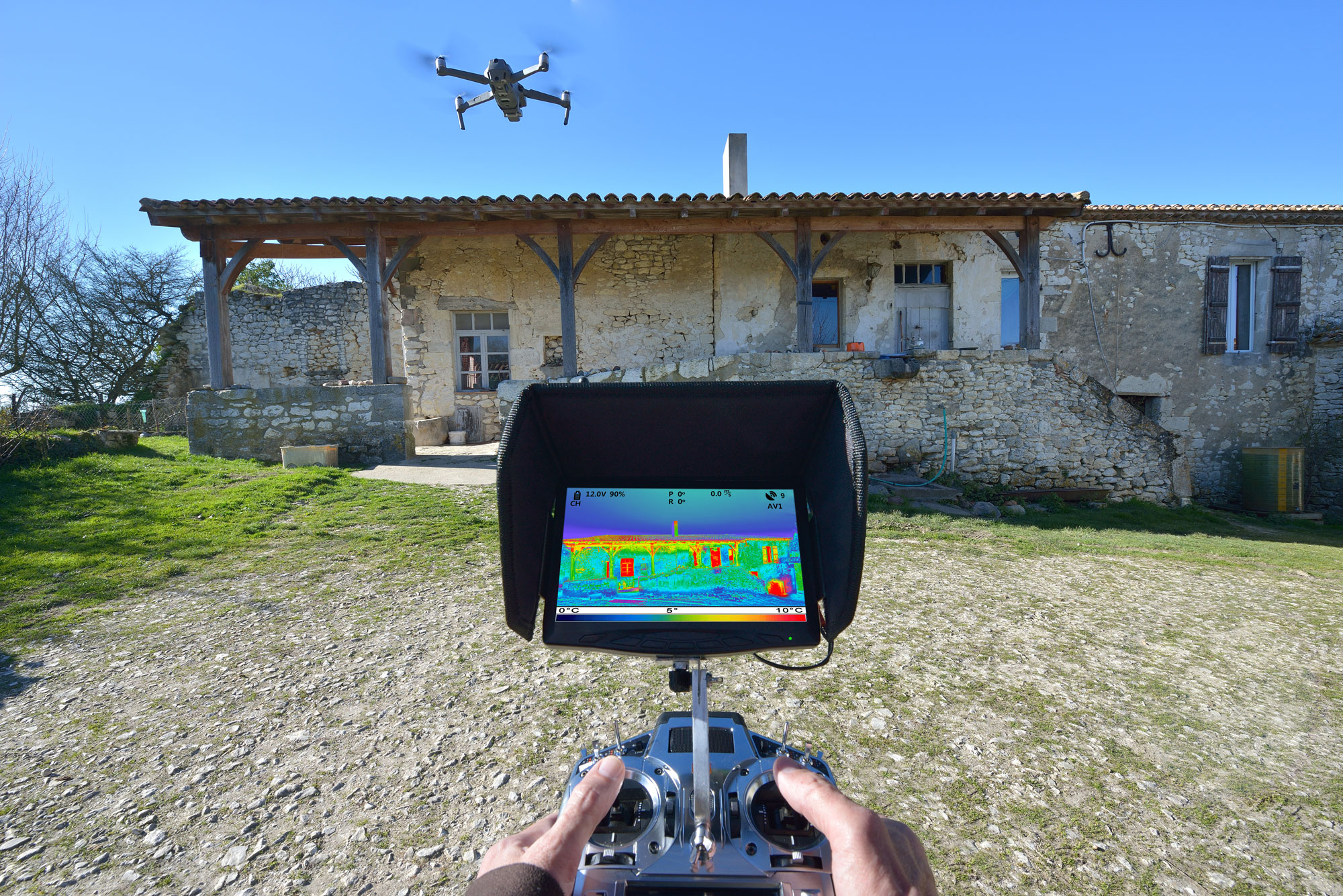 Not only can drone technology take stunning images, but thanks to aerial thermography, it is introducing an innovative technology that’s helping people, businesses, and even governments all over the world. Here’s everything you need to know about this ground-breaking drone development.

What is Aerial Thermography?

What Are the Benefits of Aerial Thermography?

Unlike traditional photography, thermal cameras can see past barriers that are covering the objects or people emitting infrared radiation. Through thick fog, heavy smoke, and even total darkness, thermography will not let you down! You can see objects that would otherwise blend in with their surroundings, such as a person dressed in camouflage in the middle of a thickly forested area. When you pair this technology with a drone, you can get an aerial perspective of a large space or a building. Drones can cover hard-to-reach areas that might be time-consuming or even dangerous for a person to get to.

Why is It a Game-Changer?

It is affordable—Aerial thermography is a real game-changer because it’s a cheaper and more effective way to collect aerial thermal images. Using drones is much more affordable than using helicopters. The smaller size of drones also allows them to get into tight spaces that helicopters cannot. That means they can provide even more thorough and accurate thermal images.

It is time-saving—Thermal aerial photography saves time and money. Thermal imaging drones can conduct an inspection and point out potential hazards more quickly and accurately than a person or even a group of people. Even in cases where a person must perform a manual inspection, thermal imaging drones can narrow down what areas need to be inspected. This still saves you time and money! Aerial thermography also saves money because it can alert you to problems before they get too big and costly to resolve.

Thermal aerial photography is extremely beneficial for a variety of professions. It enables companies to get a clear look at hard-to-reach and hard-to-see places. Here are just a few examples of industries that aerial thermography is helping.

Inspecting Power Lines—Thermal aerial photography is a huge time-saver when it comes to inspections. It can prevent accidents from happening on the job, but also identify potential hazards before they arise. For example, aerial thermography is useful for inspecting power lines and cell towers for fire hazards. A drone can do this safely and accurately.

Fighting Fires—With aerial thermography, firefighters can get a more accurate picture of their location. Sometimes there remain spots that are still smoldering because fire departments missed a small area or because they cannot get to certain parts of a home or building. The thermal camera will identify any stray flames, and firefighters can extinguish them before the fire starts up again.

Tracking Down Suspects or Lost Individuals—Thermal imaging has famously helped law enforcement track down even the cleverest criminals. Law enforcement also frequently use aerial thermography for search and rescue. Because these cameras are attached to drones, they can cover a large area quickly, making every search and rescue fast and efficient. For example, the technology was used in Nebraska in 2018 when an elderly man went missing from a nursing home. With the help of infrared imaging, the sheriff’s office was able to locate the man in a cornfield in just a couple of hours and bring him back to the nursing home safely.

This technology is useful if a child goes missing, a person is stranded in severe weather, or a suspect is on the loose. Thermal imaging drones can pick up on the unique heat signatures that people give off. Aerial thermography is a perfect solution for a late-night search. It’s not limited by light because the camera sees heat signatures no matter how dark it is outside. This enables rescue workers to keep a search going long after the sun goes down.

An Up Sonder Case Study

As you can see, thermal aerial photography is making a big impact on many industries. And Up Sonder is proud to be part of that! Take one example of our work with RBN Energy in Cushing, Oklahoma. The company wanted to get accurate measurements of the oil levels in their tanks. They had 300 tanks that spanned nine square miles. Checking each tank individually would have taken a person or even several people days to complete. But RBN decided to hire an Up Sonder drone pilot with experience in aerial thermography. The drone was able to report the oil levels in each one of the tanks in just one day! RBN Energy got the measurements they needed quickly but still with the highest level of accuracy.

This is just one of the many satisfied companies that Up Sonder’s technology has helped. We can do this for your company too—whether you’re an oil company, an HVAC company, a fire department, or in one of the many other industries that benefit from aerial thermography. When a set of human eyes are not enough, use a drone equipped with Up Sonder’s technology for accurate and reliable thermal imaging.

4,778 thoughts on “4 Important Aerial Thermography Applications You Should Know About”