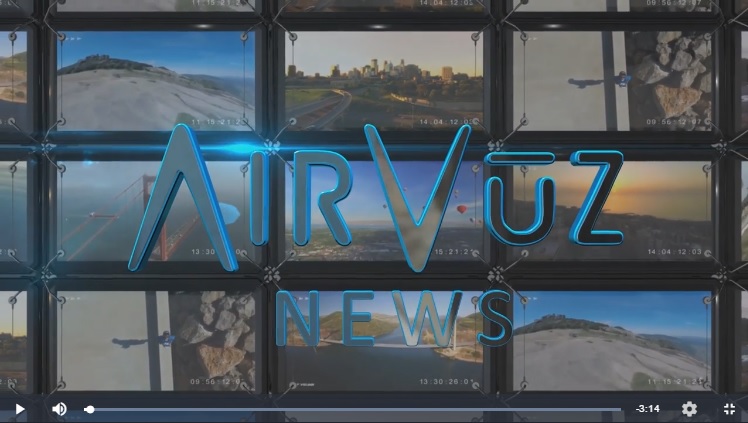 Have you ever wanted to test out a drone before you buy one? Do you already own that’s collecting dust in your attic? Are you a certified pilot trying to get some paid gigs? Then you’re gonna want to download this new app. Up Sonder is an on-demand drone rental platform, designed to supply, hire and rent out drones and similar services online in the USA. CEO Derek Waleko founded the company when he noticed a gaping flaw in drone rental services.

“I was helping Korean companies acquire US companies here in the states and helping them integrate into the US market. And I was talking to someone in the marketing department and they needed a drone for a product shoot for one of their clients. And so I asked a simple question, a question that actually changed my life, where does one rent a drone? And the answer shocked me. Of course, it was Craigslist. And so I just couldn’t believe that people were renting Craigslist drones without verifications, without insurance, without thought. And so a lightbulb moment went off in my head.”

Waleko got to work right away and started creating Up Sonder in 2015, incorporating shortly thereafter and quickly generated buzz for their innovative sharing system.

“Up Sonder is an on-demand drone marketplace that’s powered by Uber Rush and Postmates. What we allow is people that are one, if they’re a certified FAA drone pilot, they can list their services on upsonder.com. If they’re not a pilot but they own a drone, they can still monetize their drone and rent out the actual equipment itself on upsonder.com. On the other side of the equation, you have the renter and what they get from it is access to this great technology. I think the two common use cases are commercial and the general public, but there’s actually a third one that people aren’t thinking about, and it’s for the actual drone community itself. Drone pilots that offer their services, they travel a lot. Up Sonder is able to, you know, if your company, you’re able to have your pilot, one member travel on location for a job and then hire when they get to the location. It brings the costs down dramatically. Up Sonder really was made for the drone community.”

Waleko stresses that while Up Sonder offers specialized services for beginner pilots, it was made with experienced, certified pilots in mind. He also says that big things are coming in 2017 onward.

“People know us in the industry as a marketplace, but what I like to tell investors is that we’re actually an energy company disguised as a marketplace. And so what we’re planning right now and what we’ve been doing even in 2016 is we are securing rooftop real-estate. So one of the questions that you answer when you log onto our site is if you have access to your roof, if you own your home and if you give Up Sonder permission to install a drone-charging dock. So one of the things that we see coming as soon as the FAA rolls back line of sight and flying over crowded populations, the birth of the super drone highway is gonna be coming with drone deliveries. It’s not an ‘if’ it’s a ‘when.’ It’s coming. But the one ping point that the drone industry will always have, at least for the next foreseeable future, is energy. And so what we’re seeing is that even though, you know, the technology and safety software that’s on these drones is amazing and autonomous features that are gonna be coming out, the one ping point when you add payload to these devices is energy consumption. So what we’re doing is we’re strategically placing ourselves right now to power and build the infrastructure for the drone super highway by having a drone, rapid wireless charging dock on the rooftops of our members spread out across the U.S. that can extend flight time for FedEx, for Amazon, and for whoever else needs it.”

Waleko wants pilots to take advantage of the beta phase, especially those running small drone businesses looking to cut costs. He says that now is the best time to help mold Up Sonder into the company that users want it to be.