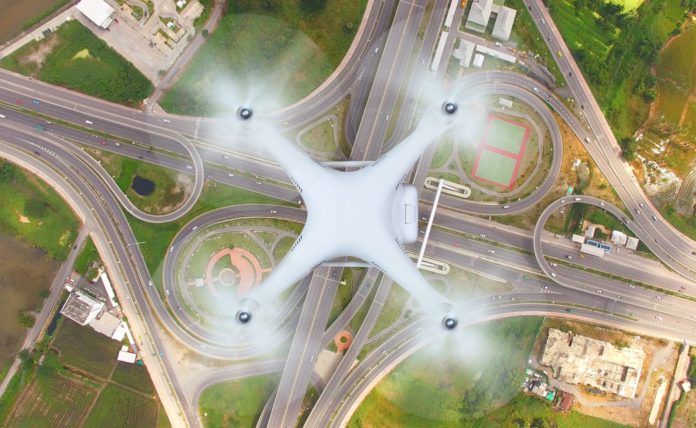 There is something about the sky that grabs my attention and imagination. As a kid, I loved science fiction movies with flying cars (Back to the Future!). I dreamed that one day I would be zipping through the skies in my very own flying DeLorean. Hopefully one day that dream might come true, but today when I look up at the sky I see another possibility, a drone superhighway.

But unlike my dream of a flying car, I’m not waiting around for someone else to make it possible. As CEO of Up Sonder I’m working to make the drone superhighway a reality. Our marketplace, of drone pilots and drones, is the key to unlocking the economic possibility of the drone superhighway. We are working on creating a super network spanning across the United States and a proprietary energy solution that will power the commercial drones of tomorrow.

A drone superhighway is not science fiction. The groundwork is already being laid. The Federal Aviation Administration (FAA) is currently working hard to incorporate drones into their Next Generation Air Transport Control System (NextGen). In this new system all aircraft, including drones, would have the ability to communicate with each other via ground links and satellites without human intervention. The FAA is already rolling out these abilities for commercial aircraft and drone technology is quickly reaching the point where fully autonomous actions are feasible. In late April, the FAA took an important step to lay the foundations for drone flights in controlled airspace by releasing digital maps that show acceptable altitude limits for operation in areas near certain airports. This will eventually be part of a Low Altitude Authorization and Notification Capability (LAANC) system that when fully operational will automatically authorize drone flight as part of the whole NextGen system. I will discuss this further in Part 2!

Companies like Amazon are proposing special drone corridors in the sky, piggybacking off an idea by NASA. Amazon’s main interest in pushing for such a system is to allow for the delivery of packages by drone. In Amazon’s plan, 200 feet and below would be reserved for localized traffic, while 200-400 feet would be a fast-moving, autonomous drone highway. Airbus has partnered with the Civil Aviation Authority of Singapore to help them test designated drone paths through an urban environment. The deal, which was just struck in April, will see Airbus use these pathways to deliver packages. Initial testing is slated for early 2018. All around the globe major companies, governments, and startups are testing components and technology that will help create drone superhighways.

Amazon has proposed a high-speed transit corridor for drones.

But in order for a drone superhighway to finally take its place as part of the future, there are some things that still need to happen first. Over the next few weeks, I will go over the six points listed below and explain what they are, why they are needed, and the progress so far.

Next week we will talk more about drone traffic management systems and legal hurdles that need to be overcome to allow for a drone superhighway.