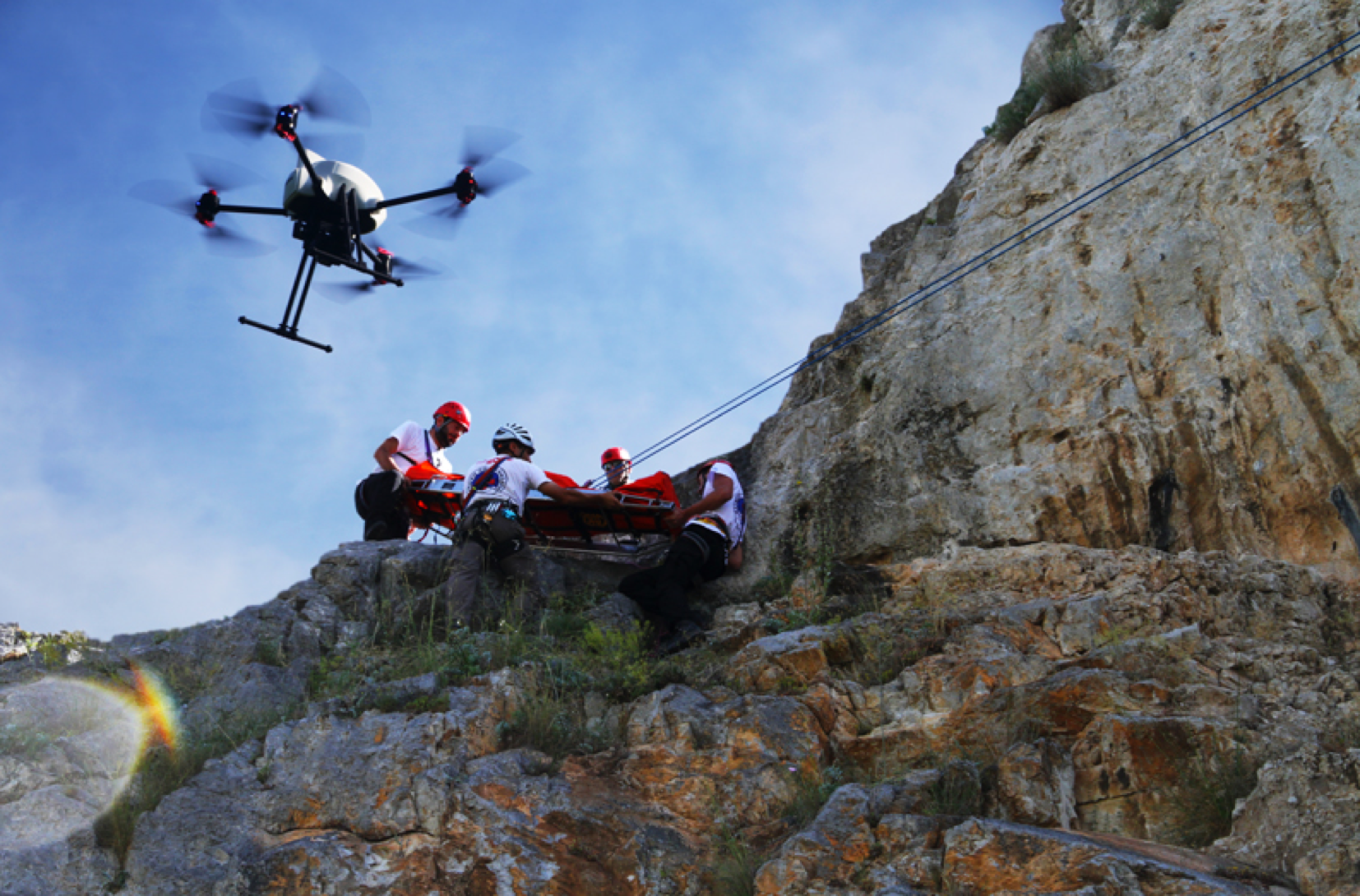 Drones will be an increasingly important part of emergency response.

FAA Chief Michael Huerta took the stage at the InterDrone Conference in early September. A week earlier Hurricane Harvey had ravaged Texas, and in the coming days Hurricane Irma would blast the Florida Peninsula.

Huerta had been invited to the conference to give the keynote address, but he came to deliver a message about how drones can help emergency response. The FAA chief praised the use of drones in response to Hurricane Harvey mentioning their use to survey a damaged rail line in Houston and how local emergency responders used unmanned aircraft to check for damage to roads, bridges, underpasses and water treatment plants. Huerta boldly stated that such help in the wake of Hurricane Harvey was a “landmark in the evolution of drones usage."

Yet as helpful as drones are in emergency response, they are still battling negative perceptions and a lack of effective integration. While there is a lack of education on drones, with some still viewing them as faceless weapons of war or a spying eye in the sky, the main thing working against drones is their sheer numbers alone.

There are millions of them, and in a way they're the democratization of air vehicles. Drones are readily available, easy to fly, and cheap compared to other air vehicles. In 2017, the Consumer Technology Association (CTA) is estimating that 3.4 million new drones will take to the sky, a 40% increase from 2016. This can cause real concerns during emergencies, for example this October when a drone interfered with firefighting efforts in California's Napa Valley. Emergency responders are focused on saving people's lives and property, and they don't need or want to deal with an amateur drone pilot who is out for an afternoon session of disaster tourism. This is why the FAA issues Temporary Flight Restrictions (TFRs) during emergencies like the California wildfires and why local authorities demand drone pilots stay away.

But, reactions to idiot pilots and the misuse of drones needs to be understood in the context in which it is happening and not reflect negatively on the thousands of professional drone pilots who not only fly responsibly and according to the rules, but have been and will continue to be an active part of emergency response. There are too many ways drones can help for them to be sidelined due to problems that can be regulated with proper integration. Let's go over a few.

This June, two lost hikers in the Pike National Forest in Colorado were found by drone and rescued. During Hurricane Matthew in October of 2016, a drone pilot found two people trapped by flooding in their home in Hope Mills, North Carolina. The pilot notified authorities and then filmed the rescue. Search and rescue drones can also carry equipment or medication to those they find. This summer in Iowa, rescuers used a drone to drop a radio to a group of people stranded on a river and were told that another group of people were stranded a short distance away. With the help of drones all were rescued safely.

During the twin Hurricane disasters of Harvey and Irma, drones were used to create 3D maps of flooding and to survey infrastructure as Mr. Huerta pointed out in his keynote address at InterDrone Conference. Even when it comes to wild fires, an emergency situation that has given unmanned aerial vehicles a lot of bad press, drones can be instrumental in protecting firefighters by scouting fires. In September, authorities in Colorado opted to use drones to scout a fire because it was too dangerous for firefighters. Even the Grand Canyon National Park sees the benefits of drones and has recently added these aerial tools to their firefighting abilities.

Delivery of Emergency Equipment and Communication

During emergencies like cardiac arrest, time is of the essence. Drones can help by delivering supplies or equipment that can save lives. In Reno, Nevada, drone delivery company Flirtey partnered with a local ambulance service to equip drones with defibrillators and send them ahead of ambulances. This comes after research by the University of Toronto which showed that drones equipped with defibrillators can arrive nearly seven minutes before an ambulance in urban areas. Also, during large-scale disasters that knock out telecommunications networks drones can help. The island of Puerto Rico still only has around half of its cell sites working, over a month after Hurricane Maria wrecked havoc on the American territory. To solve this problem AT&T is flying special LTE-equipped COW (Cell ON Wings) drones that can provide cell coverage to 40 square miles.

In the aftermath of recent hurricanes and wildfires, drones have been used to speed up response time to insurance claims so that people can get their lives back on track. After Hurricane Harvey, major insurance providers like Farmers and USAA used drones to scout out damage and help process claims. In a few short years, it will be commonplace for drones to assist claims inspectors, with one report saying they will have a $6.8 billion impact on the insurance industry.

All over the country police, firefighters, and other emergency response authorities are adding drones to their arsenal of tools because they realize drones can help. Yet because drones are still so new and are developing so fast, standardized best practices are not yet in place.

Hopefully, the recently announced Drone Pilot Program will help as it opens up more local testing of drones and provides federal oversight to gather information on drone usage to determine best practices. Still, even programs like the Drone Pilot Program cannot keep up with the number of local police and fire departments that are adding drones. The drone industry, and local and federal authorities need to develop a way to track and gather information about all attempts to use drones in and during emergencies. This way, emergency responders across the nation can learn from their own successes and failures in integrating drones into emergency response. The exact details are not worked out right now, but over time with the right organization drones will be an integral part of emergency response.

7,037 thoughts on “Drones For Emergency Service Cover More Ground From Above”