Drones are a useful tool for real estate agents and a growing market for drone pilots. Recently, Up Sonder’s Director of Content Joe Christian sat down with Rick Albert, a Broker Associate with the award winning agency LAMERICA Real Estate, to talk about how drones can help sell homes.

Joe Christian is currently writing a four-part series about drones at work. Part one is available now and part two about drones in construction will be out soon.

Read below to find out about how drones are being used in real estate listings and tips from an experienced agent on how a drone pilot can nab a job in this growing industry.

Up Sonder: Hey Rick, thanks for spending the time to speak to Up Sonder.

Rick Albert: No Problem, glad to be here.

US: So before we begin, tell us a little bit about LAMERICA.

RA: LAMERICA is an award-winning real estate agency that focuses on providing superior service to our clients. One client at a time we are changing the way the Los Angeles real estate market works. We help our clients by using our expertise and marketing to make sure our clients get top dollar for their property.

US: And you use drones?

RA: Yes, in fact we get our pilots from Up Sonder!

US: Why use drones in real estate?

RA: There are a lot of real estate agents out there and not enough listings to go around. Drones add a perspective and can show the area around a house which adds value to a listing. They are also a tool for agents to get the listing in the first place. If one agent promises to take drone shots over another agent, they are more likely to get the listing.

US: How often do you use drones?

RA: In the beginning we didn’t use them much unless it was with a lifestyle video that we ordered. However, now we use them a lot more. We like to get both drone video and still images to use in both print and digital media. Whether it is YouTube or a flier, video and images from drones help market a home.

US: Do you plan on increasing your use of drones?

RA: Absolutely! It’s a trend that will be around for a long time. It helps in getting the home to stand out. I clearly remember one of the first listings we used drones for. A potential client saw an aerial image and said, “Wow, that’s a big backyard.” It really left an impression on them. And in today’s world 90% of people go online first, so drone video and images really count because they can show things ground-based video or photography never could.

US: According to a recent report, homes with aerial drone images (and video) sold 68% faster than homes with standard images. Do you find this to be true?

RA: I’m not surprised. The more exposure and good information you can get out to the public, the higher the probability a house will sell. When it comes to selling a home, it isn’t just about price, but also about the marketing efforts put forth. This way you know it has reached as many people as possible before having to go back to the Seller to discuss a price reduction.

US: Any tips to a drone pilot to help them get a job with a real estate agency?

RA: I have three tips.  First, cost is going to play such a huge role. People forget or don’t realize that agents don’t get paid until the home is sold. This means any marketing expenses are upfront. If the home doesn’t sell and the agent no longer has the listing, then the agent is out that money. I go online and see drone pilots wanting to charge $500, I just move on. Drone pilots need to charge reasonable prices based on the local market.

The second is the skills and expertise of the pilot. Most agents aren’t photographers. Some don’t know when the best time to shoot is or what angles are best. The pilot needs to take the lead and guide the agent on how to best use the drone.

The third is making sure you are on time. This includes both showing up and turnaround of the materials. Often times there could be just days before the listing is launched and agents need everything put together and ready to go. 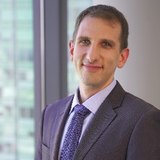 Up Sonder would like to thank Lamerica Real Estate and Rick Albert for agreeing to be interviewed. Up Sonder drone pilots are available to shoot professional footage for real estate companies and agents across the United States. Visit UpSonder.com to search for drone pilots near you.