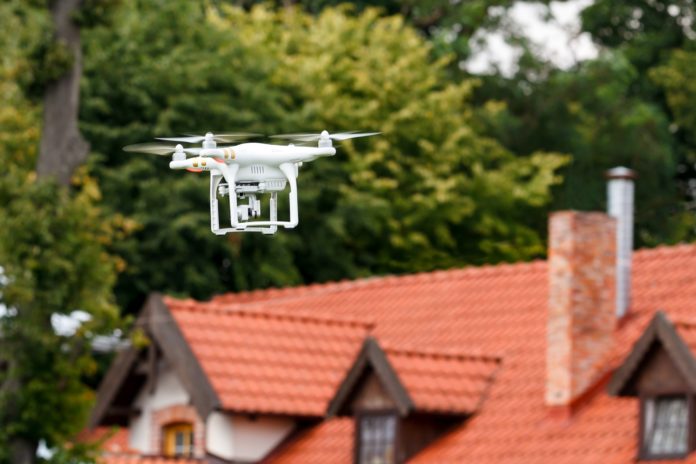 Just think about it. Ten years ago the only way I could write about ‘drones at work’ was in Science Fiction form. Now, every single day across the country, drones are taking to the sky and changing a variety of industries, including everything from real estate to television news. In late June, the Trump administration said drones are a key technology that will drive innovation in the future. Unmanned aerial vehicles will create jobs—100,000 by 2025 according to one estimate—and increase business efficiency by saving time and money. Drones have come a long way in a short amount of time and we’re still only at the beginning.

Up Sonder has taken an active role in helping drones get to work. Our online platform for drone pilots and services is available 24/7 across the nation. It’s the best way for companies to find a reliable drone pilot or service.

Trust us there are a lot of opportunities out there when it comes to work done with drones. This is why I need to highlight four industries I believe drones will have an immediate impact on over the next few years. Those industries are real estate, construction, insurance and journalism/entertainment. (I have left out agriculture and inspection, because I believe the four industries above will be impacted more immediately or have a clearer social impact in people’s perception.)

In part one of this series, I will write about drone in real estate. So without further ado, let’s look at how drones can help sell houses!

Why Use Drones For Real Estate?

If you are a real estate agent the question you are asking yourself is, “Why do I need a drone?”

Let’s think about the big picture first. According to a market report from Goldman Sachs, the addressable market for drones in real estate is $265 million by 2020.That’s the near future potential of drones in real estate, apart from what is already being done, which is widespread enough for local municipalities to address with local laws.

Drones are a powerful tool for realtors because they are a cost effective way to get aerial shots of any house. Aerial images and videos give a perspective on a property not possible before. They are a great way to tell the story of the property and show its surroundings and neighborhood. Realtors that implement new selling tools like drones are finding more success.

According to statistics from Multiple Listing Services (MLS), homes with aerial drone images (and video) sold 68% faster than homes with standard images. The National Association of Realtors (NAR) also has numbers that show 73% of homeowners say they are more likely to list with agents that use video to market their home. Simply put, drone videos create better listings and more sales.

Recently I had the opportunity to talk with Kirk Hawkins, an agent with The Agency, a leading Los Angeles-based real estate brokerage, about drones. The Agency already extensively uses drone photos and videos for its listings.

“Drones are important because they offer a fresh and unique perspective on a property. When combined with more traditional methods like ground-based photography and print media it adds something special that attracts more attention and gives you an edge when selling,” said Hawkins.

Take a look for yourself below and see how drones video adds something special to an online listing. “Everyone starts online these days,” said Hawkins. “Great drone video sets a listing apart.”

Up Sonder is actively working with real estate agencies to help them set themselves apart with drone video. Recently, we helped award-winning real estate firm Lamerica find a drone pilot for a listing in West Hollywood.

“We got Lamerica a great pilot and great video that showed off the vastness of the property,” said Up Sonder’s CEO Derek Waleko. “Our marketplace of drone pilots allowed Lamerica to make the most of their listing.”

The Agency and Lamerica are just two examples of drone usage in Los Angeles, but don’t for a second think it is something that is just for big city markets. Drone use in real estate is soaring across the country. BlueLaVaMedia in Northern Michigan has a whole drone team that is busy shooting homes that line Lake Michigan. In a recent webinar on drones in real estate, BlueLaVa’s Jason LaVanture talked about how he has a backlog of over 30 drone jobs.

If you are a real estate agent who wants to use a drone to increase your sales then go and check out Up Sonder. All of our pilots are FAA licensed and are ready to help you increase the value of your listings.

If you are a drone pilot looking to get into the real estate business then make sure to check out this great webinar from our friends over at UAV Coach.

In the next article of our four-part series on drones at work, we will take a look at the construction industry and what drones offer. Just a little teaser, drones in construction has billions in potential!