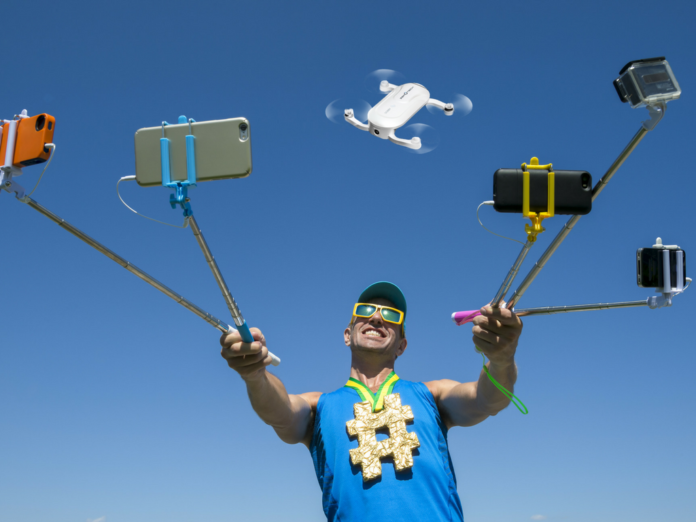 At CES 2017 you couldn’t get away from selfie drones. Everywhere you looked there was your very own aerial camera that quite literally brought narcissism to new heights.

It’s hardly been six months, but this space is moving so fast there has already been some shake-ups. One of the most anticipated selfie drones has crashed (Lily drone) and just two weeks ago DJI, the biggest player in the world of drones, plopped down its considerable presence on the overcrowded couch of selfie drones. And let’s not forget that it was the selfie drone that finally got the attention of the world’s largest consumer electronics brand—now you can buy one in any Apple store.

What is it about the selfie drone anyway? Are they the latest tech fad that will reel in money for a year or two and then fade away? Maybe, but I think there’s a lot more to selfie drones than dollar signs and social media buzz.

Selfie drones are important because they serve as the new testing ground for technologies that are vital to the future of drones like miniaturization, autonomous flight, machine learning (gesture commands), and interfacing with the life of an average person (social media). A selfie drone is the fastest way to get new drone technology into the hands of average people and see the interaction of this technology with normal life.

As with any technology, miniaturization is important. Over time you can do more with the same amount of space. Drones are no different. The new DJI Spark weighs 70% less and is only 1/3 of the size of the Phantom 2 drone I keep on my shelf for posterity’s sake. Even with these reductions, the Spark manages to offer a 12 megapixel camera, advanced GPS/GLONASS satellite positioning, a 3D sensing system, and computer vision—none of which the Phantom 2 has.

The DJI Spark has a lot of technology crammed into its small frame. (Source : DJI)

Zerotech’s Dobby is even lighter and, in fact, small enough to fit into the breast pocket of a button-up shirt. While its specs are not as impressive as the Spark’s, the story of its “insides” is really a story about how miniaturization is key to unlocking the true potential of drones.

To make the Dobby, Zerotech partnered with Qualcomm. The key to miniaturizing the drone was making an integrated chip that could fit into a mini motherboard and be able to handle CPU, imaging, communications, GPS, artificial intelligence, and remote control functions. Zerotech had not worked with integrated chips before so there were some issues getting their drone tech to operate correctly. It took months of engineers banging around problems, but eventually the Dobby came into being.

Dobby is arguably not the best drone on the market, but both Zerotech and Qualcomm view it as a transitional product on the path to the drones of tomorrow. They have proven they can integrate and reduce size which will make drones a powerful computing platform for the sky. In five years, drones the size of the Dobby and Spark will be more powerful than larger drones today. Sensors will be smaller, processors will be smaller, power sources will be smaller—all because of selfie drones.

Autonomy at the Touch of a Button

Their contribution can be traced back to 3DR’s Iris+ drone which, when launched in 2014, was the first widely available commercial drone with a “follow me” function. Every selfie drone today can do this in addition to course lock, go to a point of interest, active tracking, as well as preset movements for shots. With the push of a button selfie drones can become autonomous by using a combination of computer vision and software.

This technology is not unique to selfie drones, but just think how many millions of people around the world are going to be introduced to autonomous drone flight just because they want the ultimate selfie.

Another selling feature of most selfie drones is the ability to be controlled by gestures. With a wave of your hand you can command a drone to do everything from fly away from you to take a picture. Like with autonomous flight features, the ability to command with gestures is pretty limited and sometimes buggy, but that’s not why I am mentioning it.

The fact that drone manufacturers were able to cram machine learning and intelligence features into something so small is impressive. But more than anything else, it’s a way to introduce consumers to the concept of using gestures to command drones. Researchers around the world are working on drones that can autonomously interact with people via facial and hand gestures. The end goal is for these drones to be used as a kind of personal assistant at retail locations, on tours, and even in the workplace. Selfie drones are the first large scale testing ground for using machine learning and gestures. The lessons being learned will be vital for further drone development.

Regardless of what the future holds, selfie drones are making their mark today because they are easy to integrate with the great passion of our time, social media. The marketing of every selfie drone shows happy people documenting moments for their friends with the help of a wonderful new tool. If you want more confirmation of the social power of drones just remember that in late May Snap, the parent company of Snapchat, bought Los Angeles-based drone maker Ctrl Me.

For better or worse selfie drones are here to stay. Just don’t forget that these drones have a lot more going for them than narcissism. They are a stepping stone to the drones of the future.

Joe Christian is Director of Content for Up Sonder, a network of drone pilots for hire and the first on-demand drone booking platform powered by UberRUSH and Postmates. Up Sonder gives business and the public access to the drone industry while providing a way for drone pilots and owners to earn extra money.