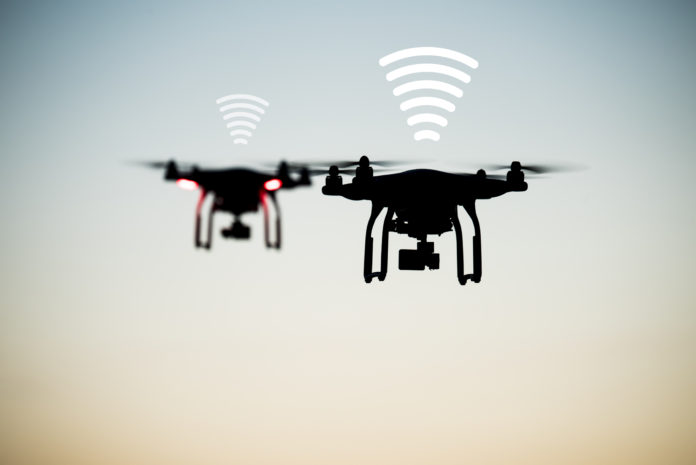 Last week, I wrote about drone traffic management systems and legal hurdles to the drone superhighway. If you haven’t already read part one and two of this four-part series be sure to go back and start at the beginning. Also, check out Up Sonder to find out more about how my company is building a marketplace of drone pilots and drones to unlock the economic possibility of the drone superhighway.

This week, we’ll look at a beyond-visual-line-of-sight (BVLOS) drone operation, the possibility of fully autonomous drones and how Trump administration policies could be used to advance the drone superhighway. It’s a lot to cover, so let’s dig in!

BVLOS and Flying Over People:

There is no way of getting around it, drone superhighways will require both BVLOS operation and flight over people. Unfortunately, right now according to FAA regulations without a special exemption, drones are required to stay within the line-of-sight of the operator or spotter and cannot fly directly over people. The FAA is not against BVLOS or drone flights over people, it just wants to make sure it’s done safely.

For BVLOS, the concern is that, unlike manned aircraft, drones don’t have enough self-awareness of their surroundings. Luckily technology, like advanced sensors and machine learning is quickly making this concern invalid. FAA approval of BVLOS drone operations really hinges on two points, implementation of a functioning drone traffic management system (already discussed) and the ability of drones to operate autonomously (I will address this more below).

Luckily some very smart folks at NASA, Harris Corp, and BNSF Railways are helping the FAA research how to make BVLOS a safe reality. Back in October of 2016, NASA was able to fly two drones BVLOS into a designated area and successfully keep the drones from running into each other using technology they are developing to assist in drone traffic management.

This February, Harris Corp and the University of North Dakota received a grant to develop an integrated network infrastructure for BVLOS drone operations. This includes everything from using cell phone towers to help find location, to machine learning that allows drones to detect obstacles and avoid them. Harris partnered with Ligado Networks in early May to use a commercial satellite with the largest antenna in North America for BVLOS navigation. The satellite’s 22-meter length (over 72 feet) gives it the ability to communicate with small devices like a drone over a large area. The exciting thing about Harris’ work is that after initial testing they plan on partnering with end users, like a utility company, to test BVLOS at their North Dakota test site.

BNSF Railway and Rockwell Collins have been testing BVLOS drone operations using a more down-to-earth approach. BNSF can communicate and control drones with a data link network that uses both radio spectrum and telecommunications infrastructure. The system automatically determines the best tower-to-drone link for control and can transfer control of the drone between towers during flight. This has given them the ability to test long-distance BVLOS operations for drones that are inspecting railway tracks.

The FAA’s concern with drones flying over people is public safety. What happens if a drone falls from the sky? What if a drone is being flown over groups of people with criminal intent? These are very real safety concerns the FAA cannot ignore.

The FAA has partnered with a number of universities to test the physical dangers of drones falling on people. Schools like Virginia Tech have been busy slamming drones into crash test dummies and a recently released report found a drone was not as dangerous as a block of wood or piece of steel when falling from a height of 50 feet. While the test is promising, the FAA will need more tests before it allows flights over people. A test onairborne drone collisions will reportedly be released this summer, so keep your eyes open for that.

There is also a need to quickly identify drones when they act badly, particularly around large groups of people. Leading drone manufacturer DJI has stepped up to the plate and proposed an electronic identification system for all drones that would require drones to automatically broadcast identification information. If a standard can be created and applied to all drones, it will act as a digital license plate and will allow authorities to more easily track a problematic drone and find out who is operating it.

All of this testing is building a strong case that drones can operate safely BVLOS and over people. Hopefully, this will convince the FAA to revise current restrictions. One thing that could make this easier is the Trump Administration’s 2-for-1 executive order on regulations. A single revision to Part 107 to allow BVLOS and flight over people would eliminate four waiver regulations (107.31, 107.33, 107.39, 107.51).

OK, before we talk about autonomous drones any further, let’s get one thing straight…just because a drone is autonomous doesn’t mean it is going to go rogue and turn into a flying Terminator. For simplicity’s sake, we are talking about drones that can fly from point A to point B without any human interaction.

To fly autonomously, drones must be able to sense and avoid obstacles near them, communicate with other aircraft and air traffic control, be aware of changing environmental conditions like weather, have a fail-safe protocol in case of emergencies, etc. It’s a lot to do, but luckily the technology is mostly there. What must happen now is intensive testing to make sure autonomous drone flight is safe and scalable at size.

There is a lot of testing currently going on, here are three cool examples:

1-US company Matternet has partnered with the Swiss Post to successfully carry out 70 autonomous drone delivery tests in Switzerland. The Swiss Aviation Authority is supporting these tests and the plan is to make the drone deliveries between two hospitals in the city of Lugano a permanent situation by 2018.

2-Engineers at NVIDIA have successfully tested autonomous drone flight through a path in a forest using deep learning and Simultaneous Localization and Mapping (SLAM). The deep learning lets the drone orient itself and follow the dirt path and the SLAM (same technology used on autonomous cars) allows the drone to map the area around it and avoid obstacles. While testing is still ongoing, the ability to connect machine learning with obstacle avoidance is an important step in autonomous drone flight.

3-The US Air Force takes the cake for most advanced testing with its Loyal Wingman Project. The idea is to create autonomous aircraft that are paired with a manned aircraft to act as the manned aircraft’s wingmen. These drone wingmen are supposed to do everything from carry out attacks on enemies to protect the manned aircraft. In the last few months the Air Force has reportedly “successfully demonstrated” the concept using F-16s as drones in tests at Edwards Air Force Base in California.

According to a press release from Lockheed Martin (who is involved in the project), the testing successfully showed the following:

In Israel they have moved beyond testing. Airobotics has built a fully autonomous drone system that is designed to conduct survey and security missions for industrial applications. The Civil Authority of Israel has given Airobotics full approval to operate autonomous drones in Israeli airspace.

Airobotic’s Optimus drone system houses a drone in a box where it is protected and is able to recharge itself. When tasked with a mission, the drone will take off and autonomously conduct the mission before returning to its housing unit. What is even more amazing is that Airobotics is testing using this proven technology for emergency response in less predictable and more congested urban airspace.

Next week, in the fourth and final part of this series, I will discuss energy solutions to power the drone superhighway and look to the future about how everything mentioned here can be cost effective enough to be widely implemented.

13,673 thoughts on “The Drone Superhighway Part 3: Beyond Sight and Autonomous”