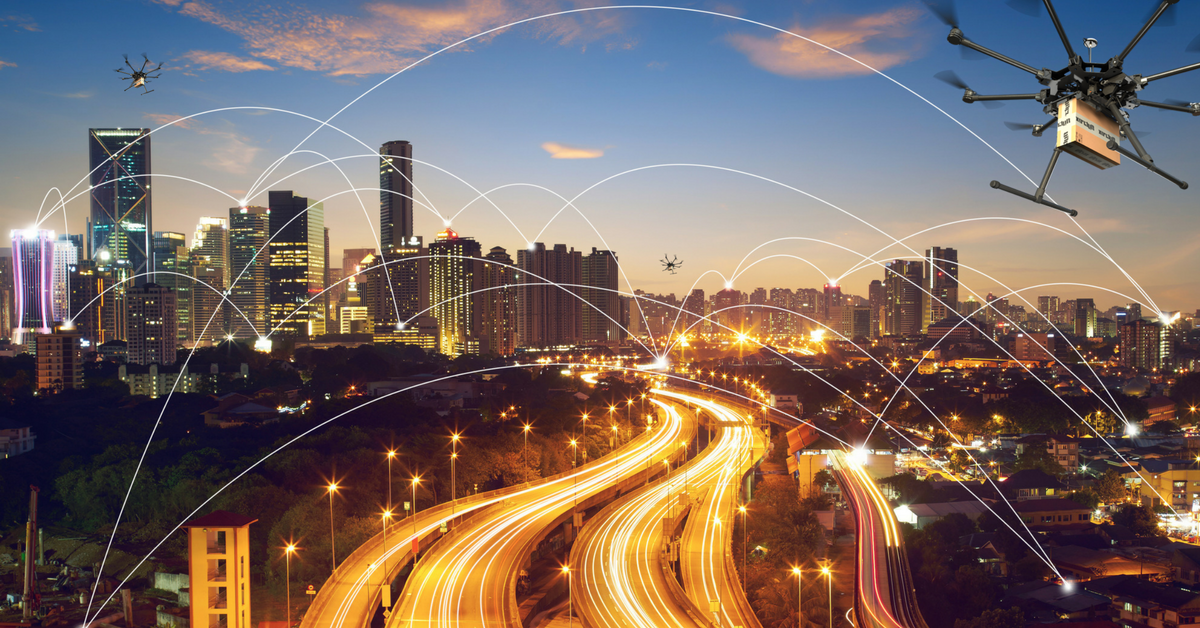 This article is the final in a four-part series so if you haven’t read the previous parts please go back and start where you left off. In part one, I introduced the groundbreaking work currently being done to lay the foundations of the upcoming drone superhighway. In part two, I wrote about how the drone superhighway will require a new air traffic management system that includes drones and current legal hurdles that need to be addressed. Last week in part three, I wrote of beyond-visual-line-of-sight (BVLOS) drone operation, the possibility of fully autonomous drones, and how Trump administration policies could be used to advance the drone superhighway.

This week I will go over the need for new energy solutions and how the reduced costs of drone technology will play an important role in making the drone superhighway a cost effective network.

Reliable and longer lasting power sources are vital for the success of the drone superhighway. Right now, the new DJI Matrice 200 has one of the best performance specs of commercially available drones. However, its two lithium-ion batteries only give it a flight time of 38 minutes.

Obviously better batteries are needed, but the real issue here is that battery technology hasn’t been able to keep pace with other technological advancements. Drones are still slaves to the performance of lithium-ion batteries that are not only dangerous, but also fairly inefficient.

Canadian company Nano One is aiming to improve lithium-ion batteries with a new manufacturing technique that decreases cost and improves performance. Nano One’s patented method uses a chemical rather than mechanical process to produce the cathode for a lithium-ion battery. This chemical process creates nanometer-sized crystals which makes the battery last longer and perform better.

Speaking of lithium-ion batteries, in March 2017 their creator John Goodenough announced he has developed a new solid-state sodium-ion battery that could triple the range of a drone and allow it to operate at much lower temperatures (-4℉).

Other promising battery technologies are lithium-air batteries that have 15 times more capacity than lithium-ion batteries and gold nanowire batteries that don’t degrade with use. Only time will tell how quickly these new battery designs can go from a lab to mass production.

Batteries will eventually improve but the demand for drones to carry heavier payloads for delivery and other functions will largely offset these advances and probably not drastically increase flight times. This is why there is a fundamental need for a network of charging stations along the path of the drone superhighway that can quickly recharge a wide variety of drones.

Drones will have to land and charge.

Our goal is to create an interconnect network of over 200,000 charging stations across the nation to power the drone superhighway.

Ten years ago if I wanted a drone with a 20-megapixel camera, five dedicated sensors for obstacle avoidance, as well as the ability to recognize and follow people, it would easily cost me tens of thousands of dollars. But today I can get all that (and more) standard in aDJI Phantom 4 Pro for just $1,499.

In terms of what they offer, drones are cheaper today than they have ever been. Drones also offer companies a much easier way to achieve return on investment (ROI). In some cases drones are replacing manned aircraft for tasks like aerial surveying because they are so much cheaper. For example, the Alaska Department of Transportation and Public Facilities is looking into using drones to conduct aerial surveys at small airports across the state. According to their own estimates, an aerial survey by a manned charter plane would cost around $100,000 while a drone survey would only cost $2,500. That is a savings of $97,500!

There is also a reason why so many companies are interested in drone delivery — hint, hint because it saves them money! Our friend over at Drone Girl, Sally French, broke down a report from Skylark Services earlier this month that demonstrated that Amazon estimates the cost of the last mile of delivery is $2.50, whereas drones can complete that last mile for an estimated $1.74.

We have almost hit the sweet spot where all the technology needed to make the drone superhighway a reality can be provided at a reasonable cost. Give it a few more years and things will be ready for sure, if regulators allow it.

In the future, the Up Sonder community will be able to send things to each other via drone.

As the CEO of a company leading the charge to make the drone superhighway a reality, I’m excited about the possibilities it offers for the future. I’ll leave you with one teaser for the members of the Up Sonder community.

Think how cool it would be if one day you needed a cup of sugar to bake a cake, but instead of driving over to the grocery store, you hopped on the Up Sonder app and had a fellow community member deliver the sugar to you via drone! It might sound crazy, but we are working on it!

30,462 thoughts on “The Drone Superhighway Part 4: Power and Money”